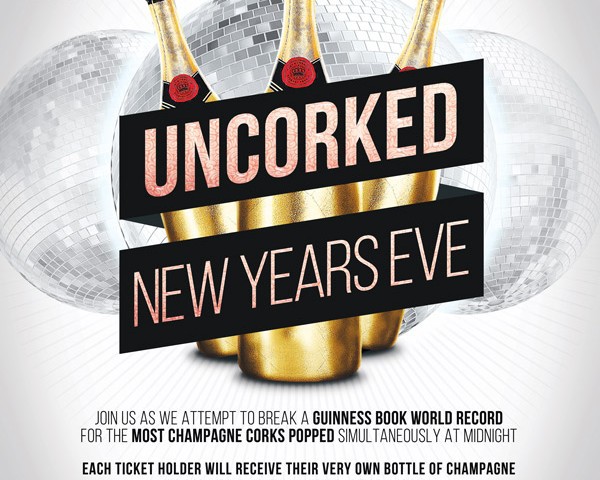 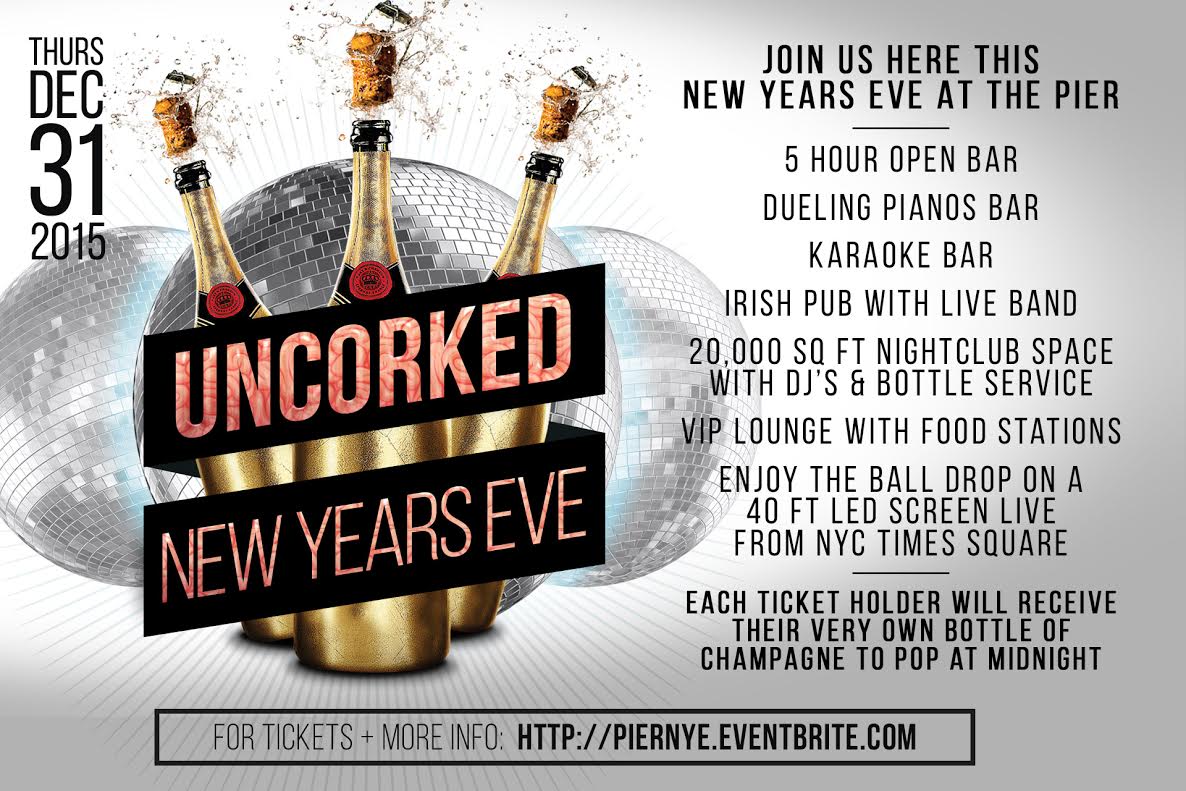 Partygoers will Attempt to Break Guinness World Record for Most Champagne Bottles Popped
(Atlantic City, NJ) — Event organizers of the Playground Pier at Caesars today announced that they are
hosting a New Year’s Eve extravaganza called Uncorked NYE which will attempt to break the Guinness World Record for the most champagne bottles popped simultaneously. Uncorked NYE, which will take place on Thursday, December 31 at the Playground Pier, is the biggest New Year’s Eve happening in Atlantic City and offers six parties under one roof with more than 3,000 people expected to attend.
Uncorked NYE will run from 9 p.m. to 4 a.m., and every guest at the party will receive their very own
champagne bottle. The event also includes a premium open bar for five hours, dueling pianos, karaoke and several bands and DJs with a main room video DJ show by the Senate Dj’s DJ Sojo. The 20,000 square ft. nightclub also offers a state-of-the-art sound and lighting system where revelers can enjoy watching the Times Square ball drop on a 40 ft. LED screen.

Partygoers seeking a memorable New Year’s Eve experience are invited to celebrate at Uncorked NYE as the crowd attempts to break the Guinness World Record for the most champagne corks popped simultaneously which will happen at midnight. The current record is 2,778, and it was achieved at the Banca Mediolanum 25th Anniversary toast which took place at the BPA Palas in Pesaro, Italy, on October 26, 2007. Uncorked NYE at the Playground Pier is hosted by Cities2night and Velocity Management, two of the Tri-State area’s premier event producers. “We look forward to throwing an unforgettable, world-class experience at the pier while we smash this Guinness World Record. The layout at the pier is perfect for this unique experience and offers various entertainment opportunities all under one roof,” says Brian Nagele, of Cities2night.A portion of the proceeds from Uncorked NYE will benefit the Atlantic City Police Athletic League Inc. which is a recreation facility that offers a variety of programs ranging from sports to education and culture events.For additional information or to purchase tickets, please visit here. 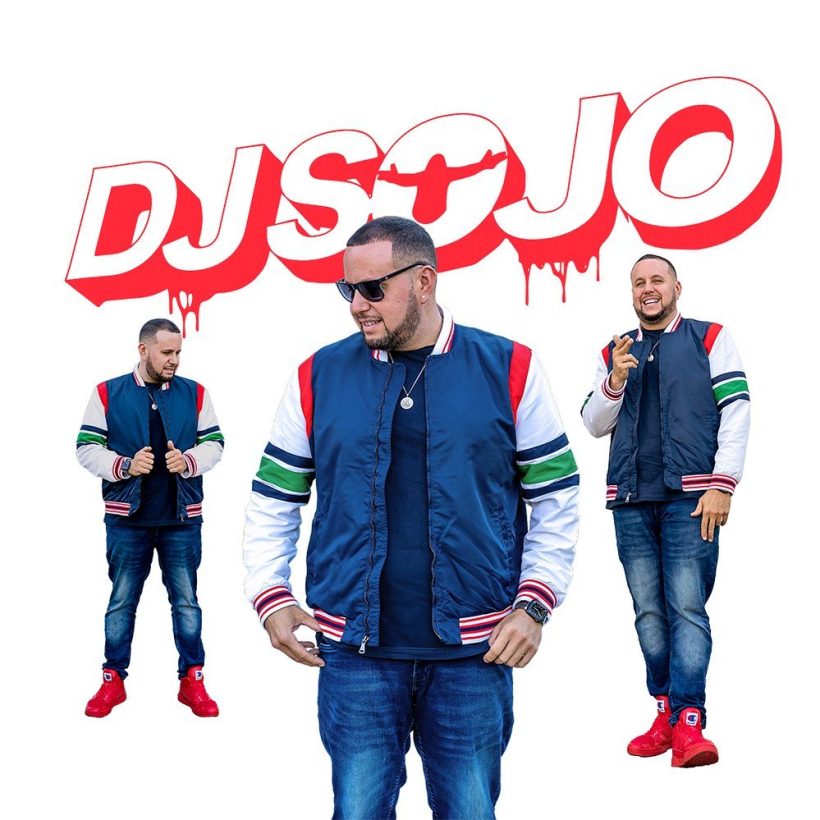 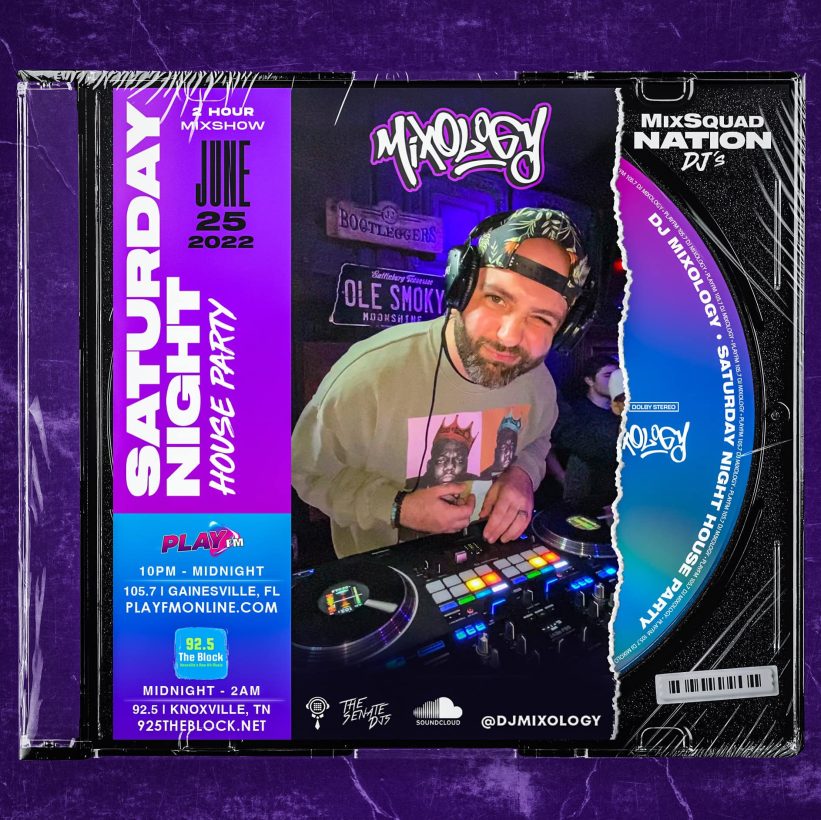 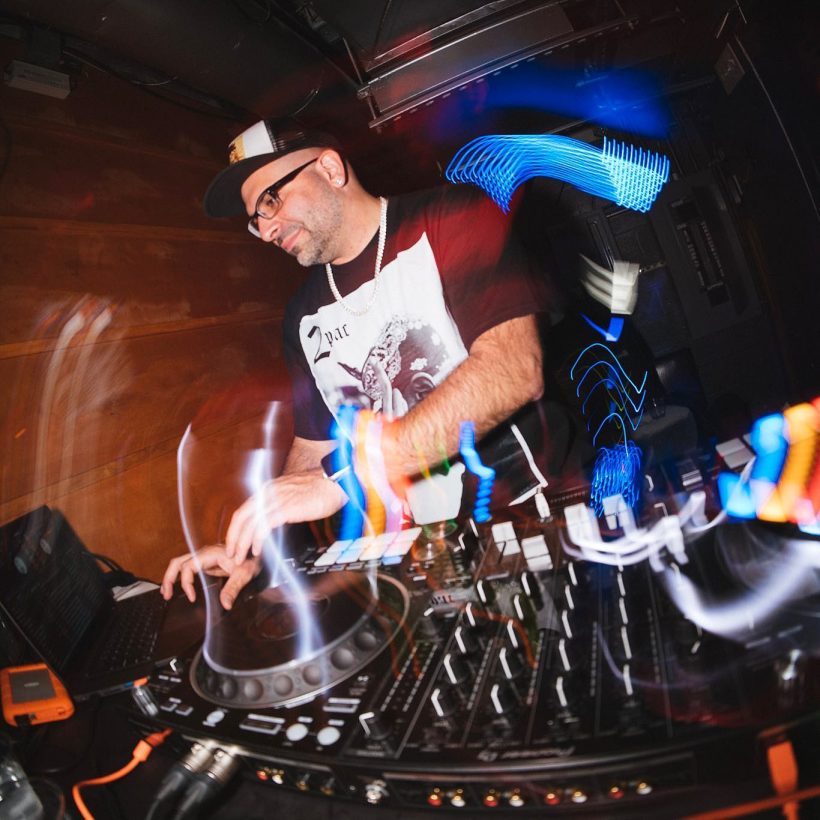